How to Ask for the Appointment and Get the Initial Meeting 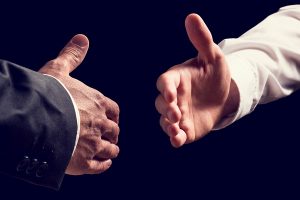 The way you ask for the appointment with a decision maker could determine whether you'll make a sale. Be sure you get it right.

One way to look at selling is as a series of closes--each of which moves the opportunity to the next step.

Probably the most important close (as well as the one that's most misunderstood) comes early in the sales cycle, when you ask a new prospect for an appointment.

This can happen at a networking event, during a cold call, or when you call a prospect who's shown interest by accessing your website. This "initial close" is important, because once you're on the prospect's agenda, you have your proverbial foot in the door.
There is a certain art to asking for the first appointment, according to Barry Rhein, who in my view a good sales trainer. A while back, he explained how he trains salespeople at firms like HP to ask for an appointment.

What Are You Offering?

A key concept in Rhein's system is what he calls "Something of Value to the Customer." (I'll abbreviate it as "SoV.")

An SoV is a solution benefit (such as faster response time, better reliability), a cost savings (lower operating cost, lower training cost), or a revenue improvement (increase in sales, increase in market share). This benefit provides the reason for the prospect to meet with you.

The most effective SoVs are quantitative rather than qualitative. Most prospects have heard plenty of mushy promises; using a real number creates instant credibility and interest. For example, a solution that can "save $1 million in excess inventory costs" is far more effective than one that can merely "increase inventory efficiency."
The exact words you use when you ask for an appointment will depend upon the interest level that the prospect is showing at the time of the conversation.
The only way to know this is to sense it, which is easier in person than on the phone. Sensing interest level is important, because the better you get at it, the more likely it is that you'll get a positive response when you ask for the meeting.

What the Prospect Thinks

Prospects, after they hear a sales message, will be in one of four states:
• Skeptical
• Noncommittal/neutral
• Obliging/friendly
• Openly enthusiastic

Obviously, getting an appointment from somebody who is skeptical is harder than getting an appointment with somebody who is openly enthusiastic. However, it still makes sense to hedge your bets and ask in a way that's most likely to get a positive response.
With that in mind, here's how to ask for an appointment:
If the prospect seems skeptical: In this case, your goal is to keep the conversation going and figure out why the prospect is skeptical, while opening the possibility of a future meeting if those issues are addressed. Here's what you say:

• "If we really could do [SoV], what would be your thoughts on learning more?"
If the prospect seems noncommittal or neutral: In this case, you're not so much concerned with answering objections, but you still want to keep the conversation going and find out whether there is enough interest to move forward. Choose either of the following:

• "What would your thoughts be on having an initial conversation with us about [SoV]?"
• "What is your availability over the next few weeks?"
If the prospect seems friendly and obliging: You're not concerned with objections, but you still want to keep the conversation going, in order to make the idea of an appointment seem like something worthy of the prospect's attention. Here's how:
• "I would love to have an initial conversation with you about [SoV]. What is the best way to get on your calendar?"
• "What would your thoughts be on an initial appointment?"
• "How might I get on your calendar?"
If the prospect seems openly enthusiastic: You simply ask for the meeting in as straightforward a way as possible:
• "When's a good time for us to talk?"
• "How does this week work, or is next week more convenient?"

Matching your "initial close" to the apparent interest level of the prospect makes it far more likely that you'll get an appointment, regardless of that interest level. This is one of those situations where a little thing can make a big difference.

Need help securing qualified and guaranteed appointments? Check us out!

Written by Lease A Sales Rep

View all posts by: Lease A Sales Rep

1
Lead Generation: If your pipeline is running dry, or you need a little boost in sales ask our expert sales staff for a hand.
2
Appointment Setting: Having trouble securing face-to-face meetings with decision-makers? Look no further.
3
Tele-Sales: We don't telemarket. We tele-sale! Our staff are experts when it comes to closing deals over the phone.
4
Inside Sales: Phone, email, print and more. Whatever we need to do to make it happen for your company.
5
Outside Sales: Don't like meeting with people in a sales capacity. That's okay, we'll do close the deal on your behalf.
6
Trade Show Leads: Follow-up is key directly after trade shows and events. We've got the time and expertise to make follow-up a reality.
7
Inbound Call Center: Need a way to establish a professional up-front presence for your business. Our call center is perfect.
8
Services Espanol: It's important to reach your customer base where they are. This includes speaking their language.

S
Small Businesses: Each and every small business has unique needs, but growth always seems to rise to the top.
M
Middle Market Firms: Mid-sized businesses most always are stretched for time and short on resources. We can help!
L
Large Enterprises: Trying to break into a new market? Need a sales staff that can grow rapidly? Get a quote today!

+
Technology + Software: Technology and software are thriving industries. Are you closing all the deals you should be?
+
Venture-backed Firms: Do you have investment capital and find yourself wondering now what? We can help you grow.
+
Latino Market Sales: The Latino market is the fastest growing segment of the US population. Are you reaching Latinos?
+
Health Care and EMR: Reaching decision-makers in the health care industry is tough. We know how to get the job done.
+
Member Associations: Membership associations are oftentimes difficult to understand and navigate. Ask for help, and we'll deliver results. 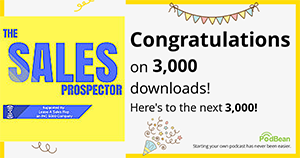